When Peppa first came home with us she was 1 ½ years old and had spent about the last year living in various foster homes. She was housebroken but that was about it, in terms of her training. She was unlike any dog I had ever owned; she was as close to a wild animal as I had ever worked with and at the time, my job was training horses full time, so I had seen my fair share of “wild” animals. She wasn’t aggressive by any means but her default mode of operation was and still is predatory - always “on the hunt”. She wasn’t terribly concerned with much else: people, affection, praise, treats. She was and still is an independent girl. Peppa is an Australian Shepherd/Corgi Mix (as far as anyone can tell) and she needed a home with someone who really understood her nature and I needed a dog who could keep up with me on the farm. As it turned out, it was a perfect match. 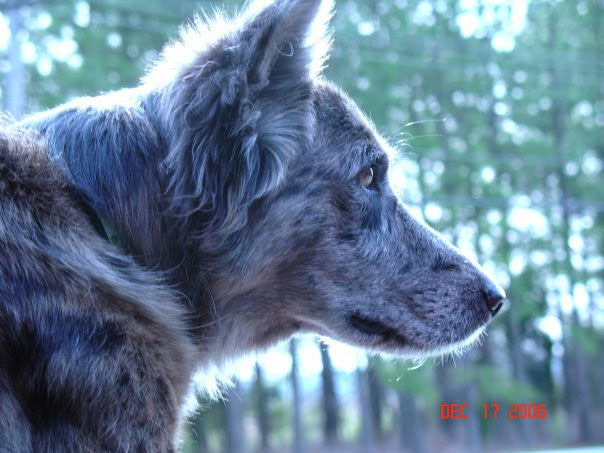 Perfect match or not, she still didn’t know jack when it came to obedience. I am not a dog trainer, I am a horse trainer but one thing I do know is that a tired dog is a good dog. So, I spent the first week I had her taking every horse I had to ride out on long, fast trail rides, one right after another. I can tell you, it was the happiest and the most exhausted she had ever been in her life. By the end of the third day, I was leaving her behind at the trot and I knew we were going to be fine. She had learned quickly that I moved fast and if she didn’t pay attention to where I was, she was going to get left behind. She’s a smart girl, so the rest of the training fell into place pretty easily after that. It wasn’t long at all before I knew I could do work with horses in the ring and over fences and I knew Peppa wouldn’t get in the way or wander off, or, if she did wander, I could call her and she’d be back pretty quickly out of fear of being left behind. 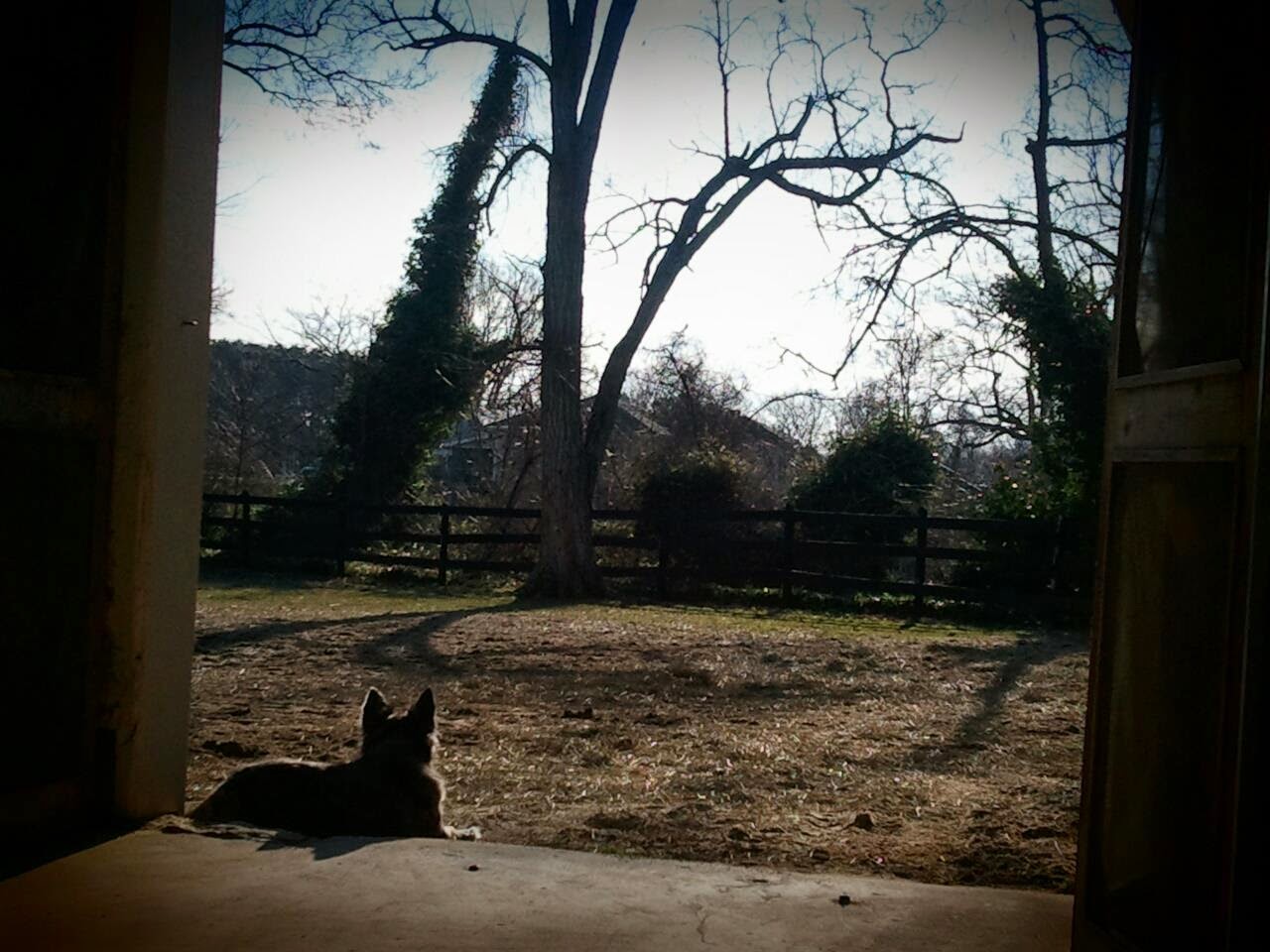 Peppa and I spent our days travelling from farm to farm throughout the week so I could ride and train various horses around the area. Her reserved nature made her a wonderful companion in this regard. She wasn’t disruptive in the barn and she’s not a social dog so she gets along with other dogs mostly because she really just prefers to be left alone. She just coexisted well with everyone and she continued to learn that she got to do more fun things as long as she did what she was told and she was smart enough to learn what I meant without me having to “teach” her much in any kind of formal way. Things like “get in the back” when I don’t want her in the front seat or, “out” when I don’t want her in the ring with me or “sit” when she’s not very close to me and I’m up on horseback. This last one was very important for her safety. I needed to be sure that if she was 50 yards away from me and I yelled, “Peppa, sit!” that her butt would be down on the ground in a hurry. A lot of the places I would trail ride were along the sides of roads. If Peppa wanted to come with me, I had to know that if a car was coming, I could keep her safe from a distance. 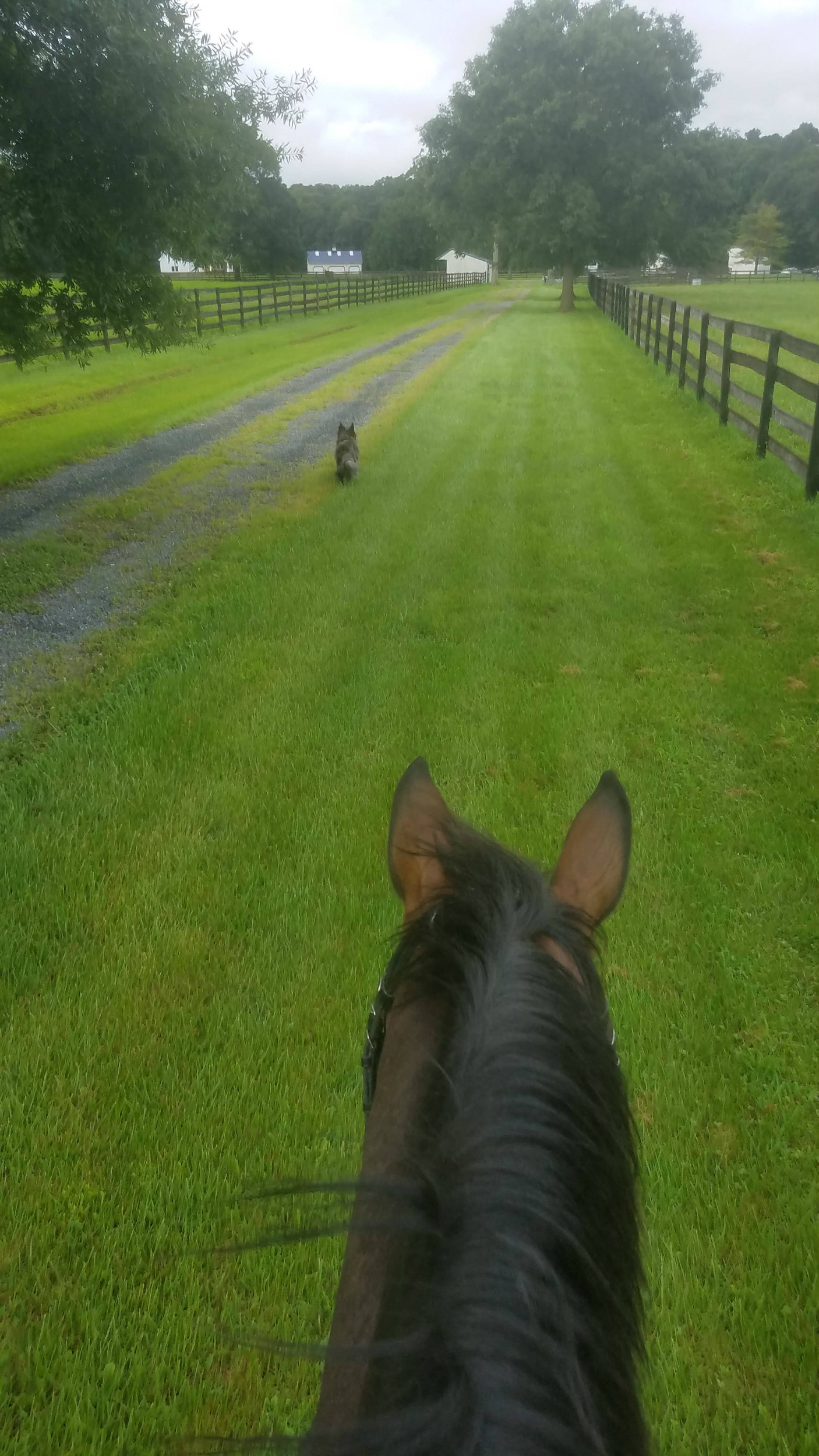 Most of the horses I was training were young thoroughbreds just off the track. None of these horses had ever been on a trail ride. A lot of people would ask if I took Peppa with me when I would go out with these young, fresh horses and I always did. She was excellent at flushing deer out of the woods in front of us. Only once did Mama deer chase Peppa back at us and they were coming in so hot neither me nor the horse I was on had time to spook, we just stood there stunned as Peppa flew past us with angry Mama right on her tail. The horses were also used to having her around and she was never threatening to them. She was never too close to their feet, never barked at them; she was an excellent barn dog and this translated to when I took these horses out of the ring. She allowed them to get used to things moving in the bushes and jumping in and out of brush and I believe it helped them become less spooky.

Peppa and I trained horses together for 8 years. We were inseparable during long workdays and weekends at the barn. I still ride but not professionally and she still loves coming out to the barn more than almost anything. She’s 13 now but no one would know it. Not every dog can be a good barn dog and I have to say, I haven’t met any better… as long as there aren’t any free-range chickens on your farm. 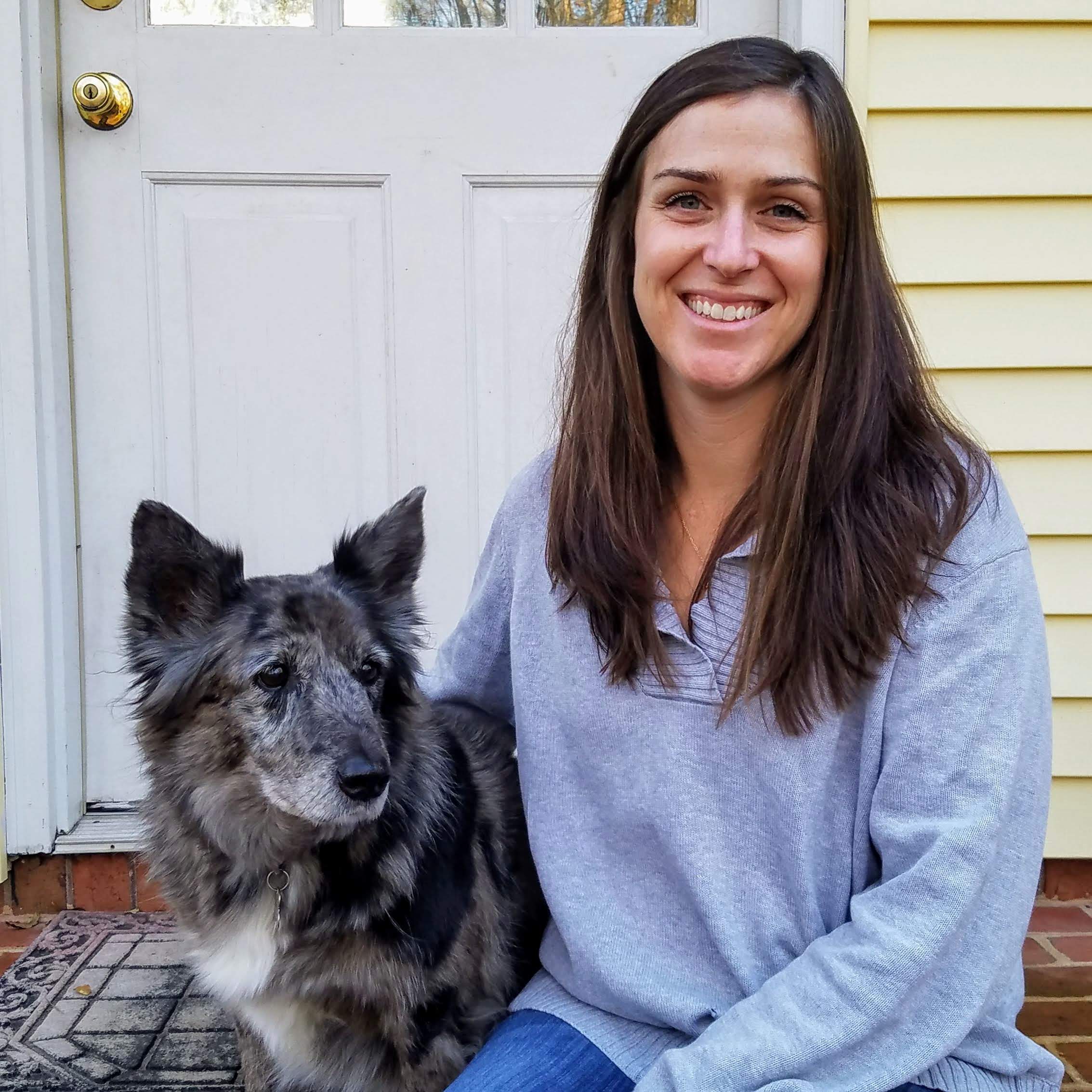