All orders are currently shipping within one week from order date

As anyone who has ever spent ten minutes in a dog park knows, not all dogs like to play in the same way. Some dogs act like rugby players, while others love nothing more than chasing other dogs in endless circles. Learning your dog’s play preferences can help you tell which dogs could become your dog’s new best friends, and which ones are likely to cause conflict. 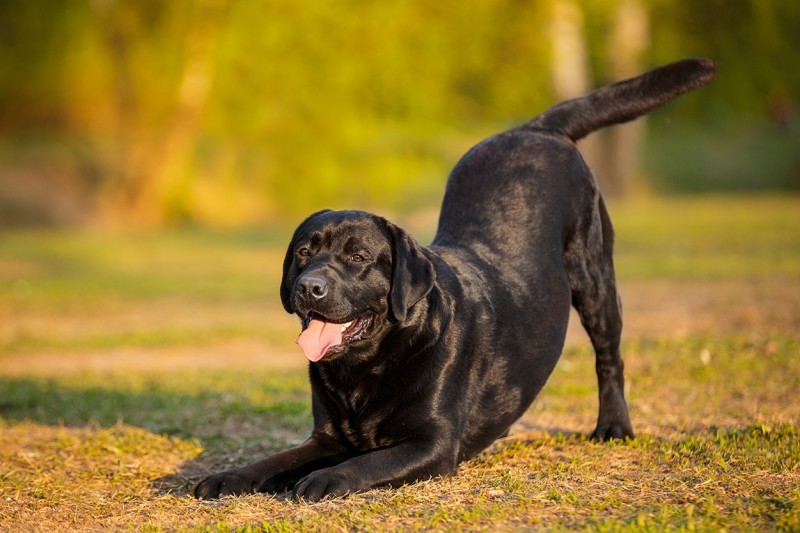 Successful canine friendships are often based on compatible play styles, since dogs naturally prefer to hang out with other dogs who share their idea of fun. Many dogs do enjoy a variety of play styles, though, and are happy to adapt to play with different companions.

Does your dog love to wrestle and spar with other dogs, or roll around on the ground biting another dog’s neck? Sturdy, energetic dogs like retrievers and boxers tend to love roughhousing, but this kind of play can be overwhelming for smaller or more reserved breeds.

Some dogs absolutely love chasing, or being chased by, other dogs. Others don’t care who is chasing whom as long as everyone is zooming around! Sometimes this game is played in the form of tag or keep-away. It’s no surprise that herding and hunting breeds are often big fans of chasing. Not all dogs who like to run enjoy being chased, though -- some find it intimidating or just rude.

Other dogs are not interested in full-body contact. They prefer to watch, and often bark at, other dogs’ shenanigans. Sometimes they will even interrupt the action, which other dogs may not appreciate. Terriers can be enthusiastic referees, although many also enjoy chasing.

Some dogs love to tug on toys or sticks, and will involve other dogs in the tug of war. They are not necessarily trying to “win” – they just enjoy the action of pulling. This can be a great game as long as the dogs are not overly possessive of the toy.

Some dogs would rather play with humans than with other dogs, and that’s OK! These dogs may enjoy basic games like fetch or more complicated agility tasks. Check out some fun games kids can play with dogs!

Dogs are more likely to enjoy playing with other dogs in the same age range. Young dogs can make ideal playmates for other young dogs, because they tend to have similar energy levels. They may consider older dogs boring, and in turn, senior dogs often find puppies obnoxious.

Size is also a factor. While some small dogs like hanging out with larger dogs, the smaller dog can be easily injured. If you know your dog likes full-body contact or chasing, make sure her playmate is of similar size. A large dog can start to see a small dog she’s chasing as more of a squirrel: something to be caught. This phenomenon is called predatory drift, and it can be very dangerous.

When you’re planning a dog playdate, remember that two dogs can usually play more peacefully than three or more. Large groups of loose dogs can become overstimulated, and healthy play can go south quickly. If your dog is timid or still learning dog park etiquette, you may want to avoid dog parks full of random dogs. Instead, try introducing your dog to a well-socialized canine role model in a quieter setting.

Certain types of dog play can look downright violent to humans. So how can you tell if everyone is safe and happy? Here are some clues:

Watching our dogs joyfully romp around with their canine best friends is one of the great pleasures of life with dogs. At Kuranda, we’re pretty big fans of the aftermath, too. Is there anything cuter than exhausted dogs sleeping off their adventures on a cozy dog bed? We don’t think so. 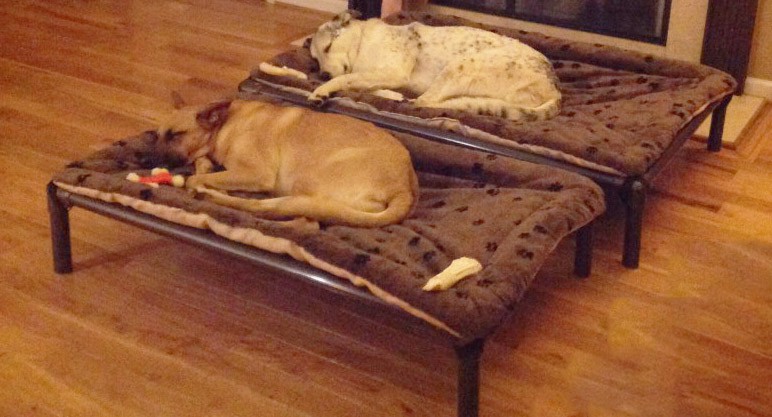 Would you like some fun, light-hearted dog stories delivered to your inbox every couple of weeks? We're sniffing 'em out!