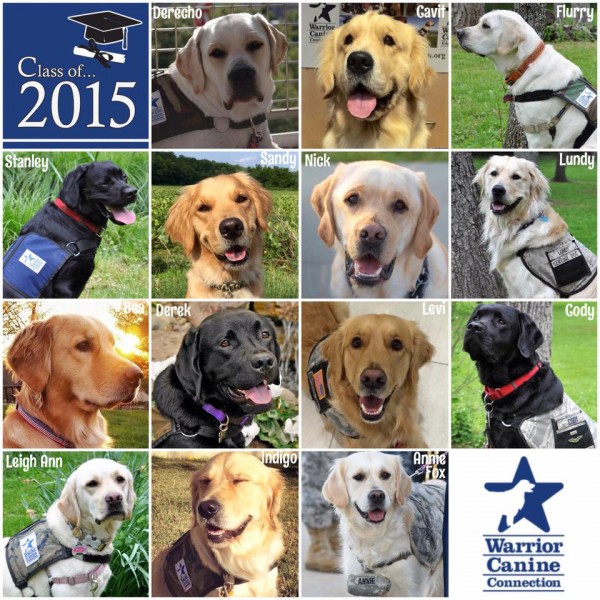 At Kuranda, we’re huge fans of Warrior Canine Connection, a Maryland-based military service dog organization. (Their dogs are big fans of our beds, too!) So we wanted to share an update about WCC’s 2015 class, and help to spread the word about the great work this organization is doing every day.

The most recent class of WCC dogs graduated in October, and all fourteen graduates are hard at work serving veterans. Some of them, including Stanley (a two-year-old black lab with over 2,000 Facebook followers!), are mobility service dogs. Stanley’s warrior, Jesse, uses a wheelchair and depends on him for all kinds of everyday tasks, such as fetching socks. Other graduates, including Annie, are facility dogs. They live with able-bodied handlers and work with veterans every day. Believe it or not, Annie is a commissioned officer at Walter Reed! Then there’s Cavit, a therapy dog. He lives with the executive director of a nonprofit called People Animals Love. He goes to work with her in various hospitals, nursing homes, and schools. Another graduate is a military family support dog, supporting not only the veteran but the veteran’s entire family too. 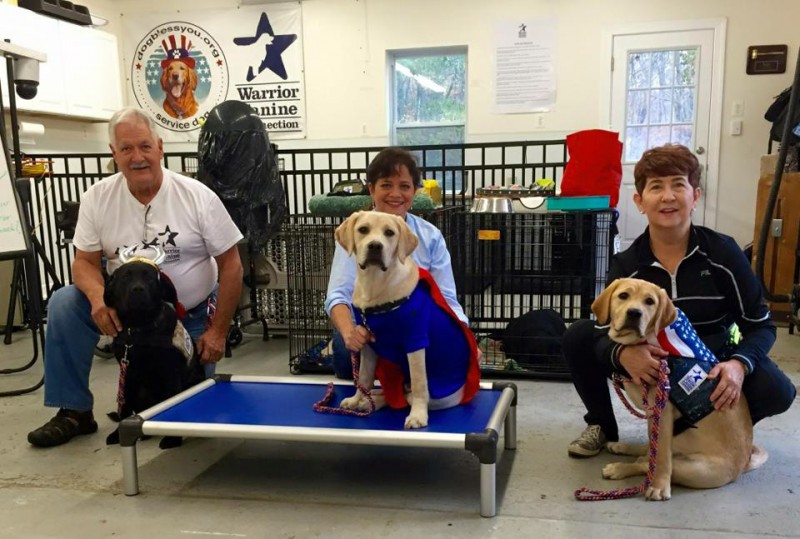 Whatever their career path, it’s clear that WCC dogs change the lives of the veterans they serve. One of the most remarkable things about WCC, though, is that by the time graduation takes place, each dog has already impacted up to 60 veterans. WCC’s therapeutic training program uses dog training as a way to help veterans struggling with PTSD and other conditions. WCC has programs at several military facilities already and hope to expand to many more.

At any given time, WCC has 40-50 dogs in the training process. Learn more about the puppy training program!

As you can imagine, breeding, feeding, training, and placing WCC dogs is not an inexpensive endeavor. In fact, WCC estimates that over $25,000 is invested in each dog! To provide the dogs at no cost to the veterans who need them so badly, WCC relies on various funding sources, including foundation grants and private donations. Here are some ways you can help support WCC:

Retrievers are notorious chewers, so it’s no surprise that WCC has Kuranda’s dog beds built for heavy chewers in their puppy pens and outside areas. Kuranda is proud to support the Warrior Canine Connection in a variety of ways, including donating beds and hosting outings for puppy parents. In fact, through our partner program, we were able to send all fourteen 2015 WCC graduates home with a brand-new aluminum dog bed!