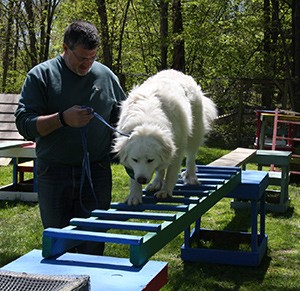 Vince Rambala is a hardworking, diligent dog trainer and great friend of Kuranda. He has been working with us since about 2004, and since then, he has sold about a thousand of our beds through his website, and his training program.

He was first introduced to Kuranda beds when working with the Bloomingdale Animal Shelter when he was working with the dogs, and noticed the dogs were using fiberglass beds, which were just hard platforms for the dogs to go to. One of the shelter presidents saw the Kuranda website and said that they would be a great alternative for the dogs as they are easy to clean, and stand up to heavy chewers. So Vince and the Bloomingdale Animal Shelter invested in purchasing the beds.

Vince being a dog trainer, thought these beds would be great for his routine during his training classes, in a routine that he calls “dog to place”, where during his classes he first shows the owners how to hold the leash with a special collar that rests just behind the ears of the dog so that it’s not choking the dog, but it’s assertive enough to get the attention when given a swift jerk of the hand. Then he has the owners of the dogs do the same while walking in a straight line. This exercise shows the dog that the owner is in command, and when guided back to their “place” it shows this is a safe and neutral place for the dog to go and rest. In the first few classes he has the dogs on their leashes with their owners; he has the owners guide their dogs onto the Kuranda beds. He then prevents the dogs from jumping down, and by repeating this process; he is able to teach the dogs that their very own place is on a Kuranda bed. Vince doesn’t tell the dogs what to do once they’re on the bed, they can do anything they want on their bed, except jump off. If the dog jumps off, Vince puts them right back up on their bed. The dogs quickly learn that dog to place is a good routine because they get rewarded and praised while on their beds, and also it’s just a good place to hang out with the family. 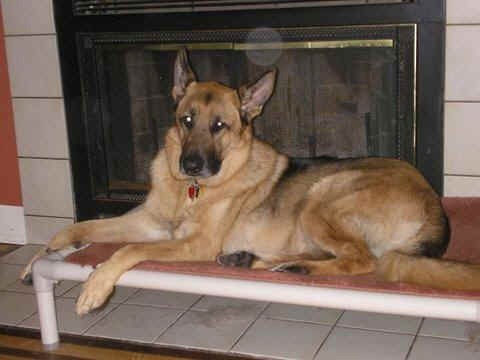 During Vince’s training classes between routines he shows the class the different styles and sizes of Kuranda beds and shows the durability by actually standing on one of them with all his weight. He then shows the class that he has them ready and assembled for sale in case they would like to purchase one for their dog. Vince found Kuranda beds to be so successful in his training that he started providing them for his clients. Vince told them that if they would like to purchase them, they can do so through his website, or they can purchase them during their class, and he can have their bed for them in a week to 10 days.

What has made Vince so successful in selling Kuranda beds is that he is a firm believer in our product and shows that to his clients and customers during his classes. He is honest, and he sets examples during his training sessions that are simple to understand and make sense to not only his clients, but the dogs as well.