When an exceptionally generous anonymous donor approached NYC nonprofit Rock & Rawhide, he hadn’t decided how exactly he wanted to spend the money. He just knew that he wanted to honor his beloved dog, who had recently passed away, and he wanted his gift to last. 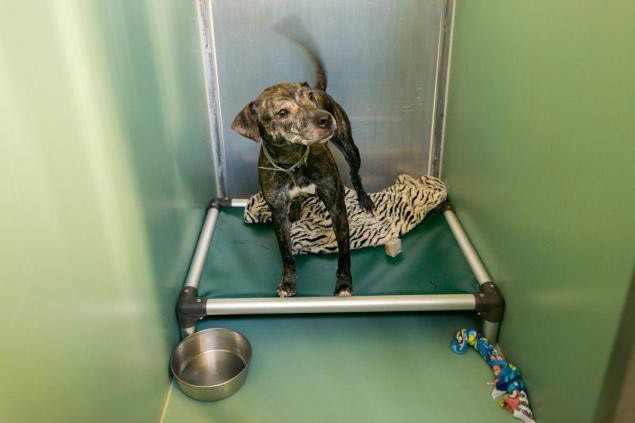 To brainstorm ideas, he and Rock & Rawhide founders Sean-Patrick and Kylie Hillman visited some animal shelters, and he shared some favorite memories of his dog. It turned out that what his dog loved more than anything was sleeping and snoring – but most of the dogs they saw in the shelters had no bed at all. Many had just a crumpled towel between them and a cold concrete floor. Cats were sleeping in the same cardboard boxes that held their litter.

The solution was obvious. In honor of one spectacularly well-loved dog, Rock & Rawhide ordered hundreds of Kuranda beds for dogs and cats in New York City shelters. The team looked to Kuranda for an easy to clean dog bed that will also last long enough to serve dozens of dogs.

According to the Hillmans, beds make dogs seem more adoptable – and not just because the dogs are more relaxed. Believe it or not, studies show that people are more likely to choose a dog with a bed and toys over a dog in an empty cage, even when the dogs themselves are very similar. That’s because the bed and toys make the dog seem more like a real pet they could imagine in their own home.

As for the cats, the beds were not just places to sleep – they were also jungle gyms. Visibly delighted, the cats kept jumping up and down. “Oh my gosh, my cage has levels now!” says Kylie, imagining what the cats were thinking.

We can’t think of a better way to honor a dog who loved to sleep. Sweet dreams, friends! 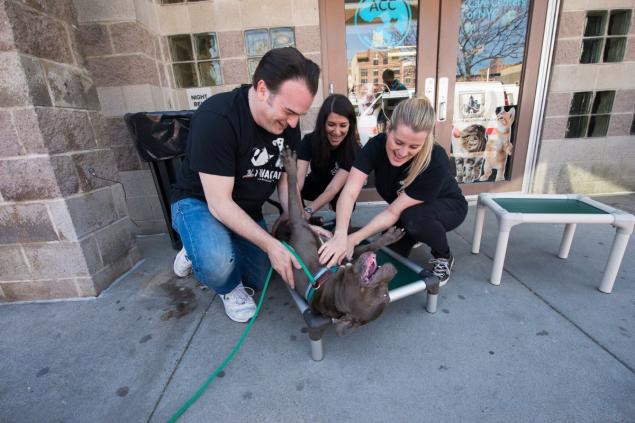 The Hillmans started Rock & Rawhide four years ago, after what Sean-Patrick describes as “a happy accident.” They were looking for a friend for their dog, and couldn’t believe how loud the shelters were. The barking was constant. “All the dogs were so stressed out, because they had nothing to distract them from their situation,” Sean-Patrick says.

The Hillmans decided to do what they could to make shelter animals more comfortable during the wait for forever families. That effort became Rock & Rawhide, a nonprofit organization that donates chew toys, blankets, beds, and other supplies to animal shelters.

Sean-Patrick says that Rock & Rawhide’s approach is unusual in that the organization does not donate money, house or transport animals, or work on behalf of individual animals (aside from occasional “passion cases”). The organization seeks to bring about global change by increasing awareness, and ultimately, adoption rates. Outreach is especially important in New York City, where shelters tend to suffer from a lack of adequate marketing. “Some people in their own communities don’t know they exist,” Kylie says.

In four years, Rock & Rawhide has given away almost $1.5 million in toys and other supplies. Some of their donations come from dropboxes around the city, including ones in every Petco in Manhattan. Rock & Rawhide also builds relationships with manufacturers such as KONG and Nylabone so they can buy the items at near-cost. Even their vehicle, the Paw Express, is donated through a relationship with a dealership. They target their donations based on what each shelter needs and will accept. For example, they know which shelters won’t take rawhides and tennis balls. They also facilitate donations between shelters when one receives more of a particular item than it can use or store.

Rock & Rawhide operates mostly in the Tri-State and Mid-Atlantic regions, but they are planning to roll out their program nationwide. “The old joke is that if you can make it here, you can make it anywhere,” says Sean-Patrick.

About the Kuranda Donate a Bed Program

Kuranda Bed drives are an easy way to get all your pets up off the floor and onto Kuranda Beds.

Get started by signing up for the Kuranda Donate a Bed Program and select the bed sizes & types you want to receive. Then spread the word! Promote your bed drive through your newsletter, website and social media.

Kuranda offers discounts and free shipping to anyone who is donating to a shelter or rescue. Facebook is a very effective way of asking people to donate Kuranda Beds! Making frequent posts for the duration of your bed drive is the best way to promote donations!

Visit our Donate a Kuranda bed page to start a bed drive or to sign up for our Donation Program!